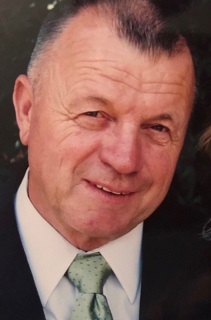 On Monday September 30, 2019 Stephen L. “Steve” Dupler passed away unexpectedly at the age of 73.

Steve was born March 16, 1946 in Lancaster, Ohio to Leroy Dupler and Geraldine Later Dupler.  He was a 1965 graduate of Logan High School; Attended Hocking College; enlisted in the United States Air Force during the Vietnam War; retired after 30 years as a Motor Vehicle Inspector with the State Highway Patrol; was an active  member of The South Logan Church of Christ; member of The Moose Lodge in Logan; and worked for Heinlein-Brown Funeral Home in Logan, Ohio.

He enjoyed fishing, golfing, traveling, helping others, gardening, and mostly making his grandkids laugh. Steve was liked by many and known as being a hard worker that would help out anyone, a true friend, an extraordinary Dad, and could always make others smile.

Steve was preceded in death by his parents; daughter Lynette Dupler; and brothers, Ron Dupler, Don Dupler and Tom Dupler.

Calling hours were observed Thursday 6-8 pm and Friday 2-4 and 6-8 pm at the Heinlein-Brown Funeral Home in Logan. There was a Moose Lodge Memorial service.

In Lieu of flowers, the family suggests donations be made in Steve’s Memory to the South Logan Church of Christ, 13816 Walhonding Ave. Logan, Ohio 43138.